What are Chapter 9 Institutions?

Chapter 9 of the Constitution mandates the creation of Institutions designed to protect and support democracy. These institutions are the Public Protector; the South African Human Rights Commission; the Commission for the Promotion and Protection of the Rights of Cultural, Religious and Linguistic Communities; the Commission for Gender Equality; the Auditor-General; the Electoral Commission and the Independent Authority to Regulate Broadcasting. These institutions are separate from government and independent from political parties or other interest groups.

The Public Protector investigates improper behaviour or actions by government representatives. The South African Human Rights Commission promotes all the rights in the Bill of Rights, by making people aware of their rights and by hearing complaints from members of the public. The SAHRC can bring parties together and try to resolve the conflict or order the interference to stop. The Commission for Gender Equality plays a similar role to the SAHRC but focusses on gender related rights abuses. The Auditor-General monitors and reports on government spending. It also receives complaints from the public. The Independent Electoral Commission manages elections for the national and provincial parliaments and the municipal councils. 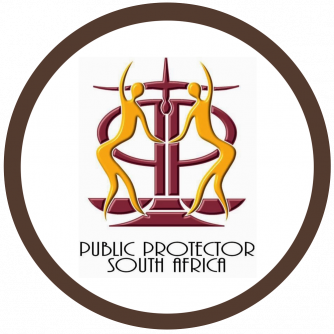 What is the Role of the Public Protector?

What are Human Rights?

What are Chapter 9 Institutions?
Episode 16